Do you want to make the ceiling look lower? With these tricks and tips you can get it. 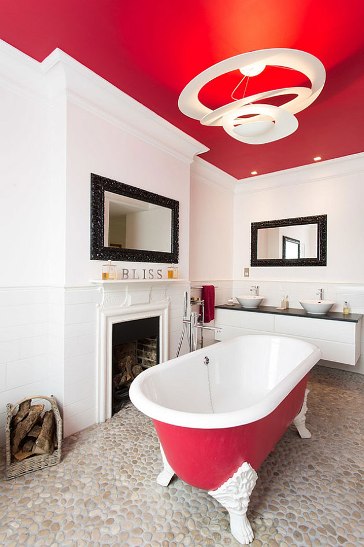 By painting the ceiling a darker color than the walls, we will create the optical effect that the ceiling is closer, lower. If we paint it with warm colors, like orange or red and all its many tones, for example, better still.

For warm tones, create the effect of “approaching”, while colors found in the cold part of the chromatic circle, such as blue, green and purple, for example, give the feeling of “moving away”.

Lower the ceiling with paint

This effect is the same as when we painted a socket, but in reverse. By “lowering” the ceiling, painting a strip of the same color, we will have created the illusion of lowering the height of the ceiling.

Instead of painting the ceiling or the wall in the natural architectural delimitation, you have to get down about 30 cm with the paint on the wall, to achieve this effect. To paint it, remember the colors we talked about in the previous point. 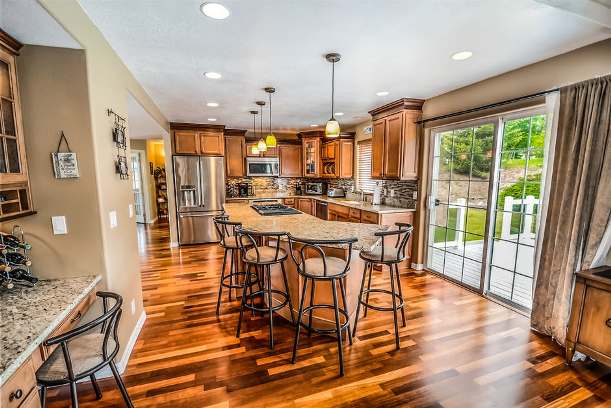 For make the ceiling seem higher, it was recommended that the lamps should not stick out, nor any element, in this case, we need just the opposite. Everything that hangs and protrudes from the ceiling will make it appear lower, closer to the ground.

Avoid the soffits and the portholes that are built in. Choose hanging lamps. And if you already have them, try to lower its height.

The horizontal lines painted on the wall, in addition to being a very popular painting technique, will also make the ceiling look lower. Exactly, what they will do is guide the eye from left to right and vice versa, that is, horizontally, thus hiding the height of the ceiling. 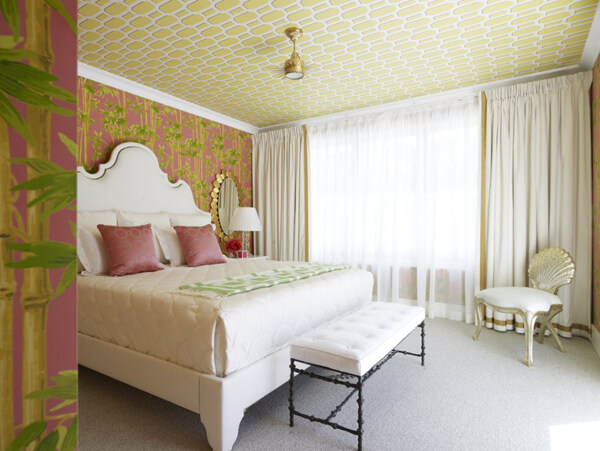 Decorate the ceiling with wallpaper, moldings or ornate patterns

We all know that when we reload a wall with wallpaper with a very strong print, it seems that the wall is going to get on top of us. We have created a visual effect. The same thing happens with the roof. If we recharge it, always with style in a natural way, we will make it look lower.

Do not light the ceiling

If we put wall sconces that focus on the floor, leaving the ceiling unlighted, we will create the illusion that the ceiling is lower because it is not illuminated.

Use pictures to deceive the eye

If you create a nice art gallery on the wall, the eye will look at it and not the ceiling. This is to create a focal point or point of attention.

It is a trick or decorative resource that is used a lot to guide the eye to a specific point so that it obviates or disguises other factors of the same decorative scene.

Not only the pictures are worthwhile, anything that makes us look at it, like a vinyl, photographs, some painting technique, etc., will make the eye go towards the wall, leaving the ceiling in a second or third level. 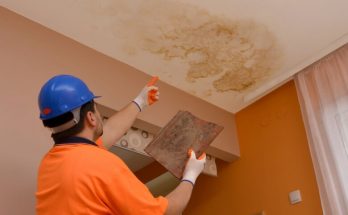 Tips for Stopping a Roof from Leaking 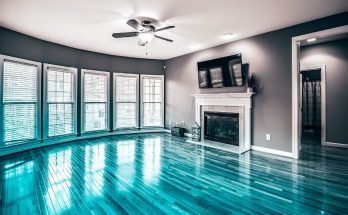 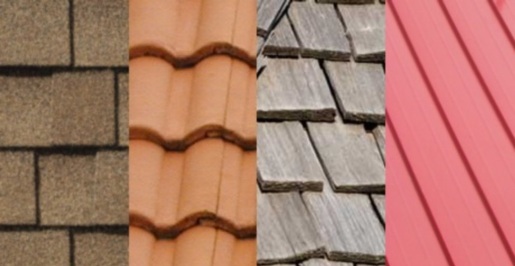